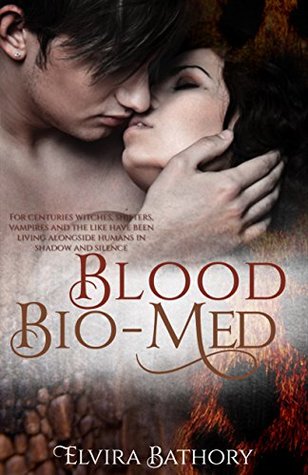 Feline shifter, Aleah Macleod, is excited to start work as a member of a supernatural research team—until she meets William Wolfe. The alphashifter makes life on the team miserable for her, and she’s not sure why. As the pressure intensifies and the stakes increase, the only person she can turn to is Wyatt Masterson, a shifter she finds she has more in common with than she thought.
In addition to being a highly sought-after researcher, Wyatt Masterson has the ability to shift into the rare crocodile alpha. He tries to focus on the research, but finds himself distracted by Aleah Macleod. Not only does his respect grow for the sexy shifter, but so does his attraction. When she asks for help against William Wolfe, he readily agrees, but he doesn’t realize it will have devastating consequences.

Elvira Bathory is a succubus who preys on the strongest of men. In her 35 years on this Earth, she has seen some of the most carnal acts of passion committed by man, some she has caused herself. Having spent so much time consuming the energy that came from other couples enjoying each other’s company, she decided that it was time for her to enjoy someone’s company on a more permanent basis. Traveling the world, she chose to settle in a small town in the state known as New Mexico. Still in search of that perfect man, she spends her nights inventing him from her mind onto the pages of her steamy erotic stories.